Country superstar and Voice judge Blake Shelton comes to MGM Grand Garden Arena on Saturday 4th March 2017! The singer will be joined by RaeLynn on his Doin' It To Country Songs Tour:

“Performing for an audience is what I love most – and if you’re coming to see me, you’re coming to hear country music, because that’s what I do,” said Shelton. “So get ready as we’re going to be ‘Doin’ It To Country Songs’ all night long!” 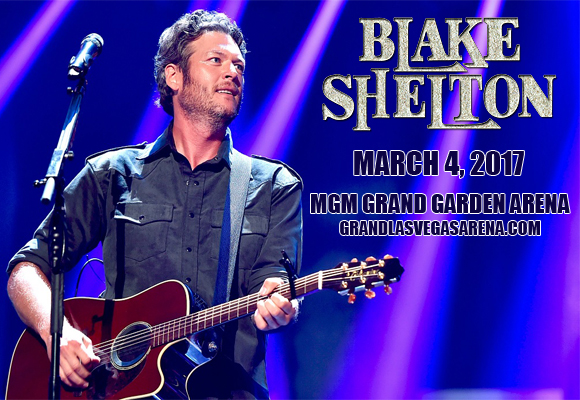 American country music singer, songwriter, and television personality Blake Shelton broke into the charts in 2001 with “Austin,” the lead single from his eponymous debut album, which spent five weeks at number one on the Billboard Hot Country Songs chart. The album went on to be certified gold by the RIAA, as did his second and third albums, 2003's The Dreamer and 2004's Blake Shelton's Barn & Grill. To date, Shelton has 32 country singles that have charted, including 22 number ones, 17 of which were consecutive. His 11th No. 1 single ("Doin' What She Likes") broke "the record for the most consecutive No. 1 singles in the Country Airplay chart's 24-year history". Shelton is a seven-time Grammy Award nominee.