Are you ready for the “Demi X Khaled” tour???? That’s right, Texan-born star Demi Lovato is teaming up with the amazing DJ Khaled on a HUGE North American tour – coming to the MGM Grand Garden Arena stage on Saturday 3rd March 2018!! Don’t miss out! Grab your tickets today before they go!! 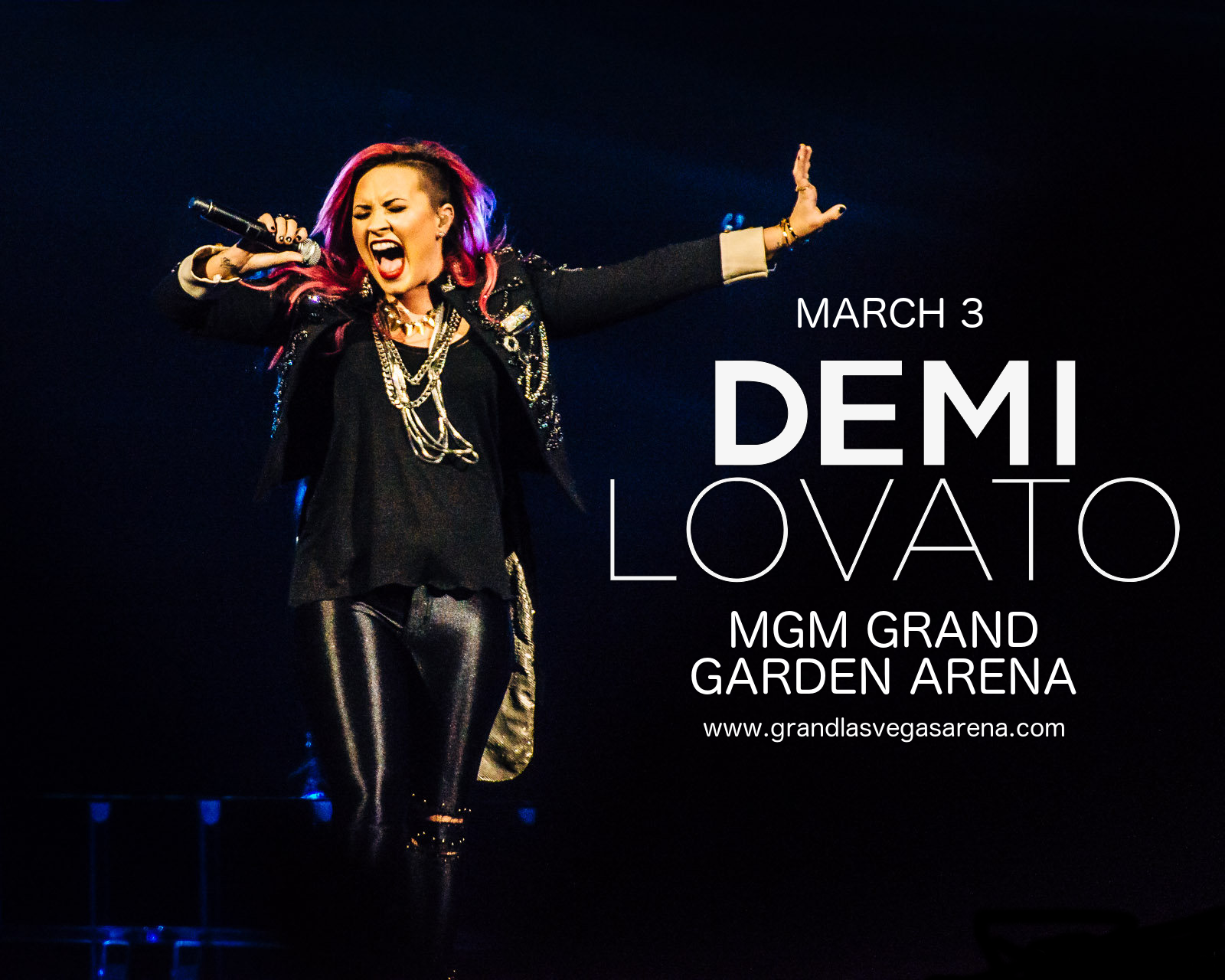 Following the release of her documentary “Beyond Silence,” Demi featured in the song “No Promises,” by the Cheat Codes, released March 2017. A few months later, she announced her upcoming album with the smash hit single “Sorry Not Sorry.” The album, “Tell Me You Love Me,” came out late September and shot up to the top 5 of the Billboard 200, and was received with delight by audiences and critics alike!!

Get ready to hear all the new material in person – get your tickets to see Demi Lovato NOW while you still can!!