Pop punk fans get excited!! Fall Out Boy are on tour with their latest album, “Mania,” and they’re teaming up with Machine Gun Kelly for the journey!! Catch them live at the MGM Grand Garden Arena on Friday 28th September 2018 – tickets won’t last, so be quick on that “Buy Tickets” button!! 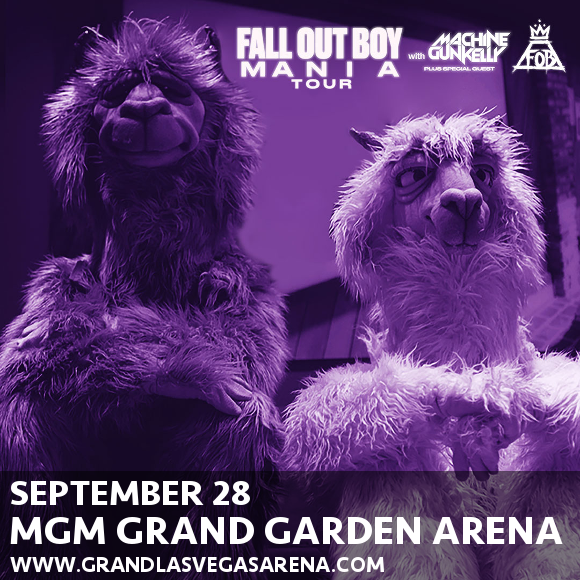 Featuring strong electronic elements and a disjointed, slightly crazed, and at times pointedly political feel, “Mania,” is arguably Fall Out Boy’s most out-there record yet. “…This album is probably a departure from the last year,” bassist Pete Wentz said in an interview. “We put out American Beauty quickly, as quickly after Save Rock And Roll as we could, kind of as an experiment. To see if we could live in like a hip-hop, DJ world…They’re like companion pieces, and I think this one is a sonic departure from that.”

Get ready to experience all the new sounds of “Mania,” live – grab your tickets to see Fall Out Boy TODAY!!