Former One Direction singer Harry Styles embarks on an extensive world tour for summer 2021, stopping in at MGM Grand Garden Arena on Saturday 4th September 2021! Love on Tour is in support of his sophomore album, Fine Line, released in December 2019 and will see the British artist performing tracks from the LP, including singles like "Lights Up", as well as songs from his self-titled debut album! He'll be joined by alternative pop sensation Jenny Lewis in support! 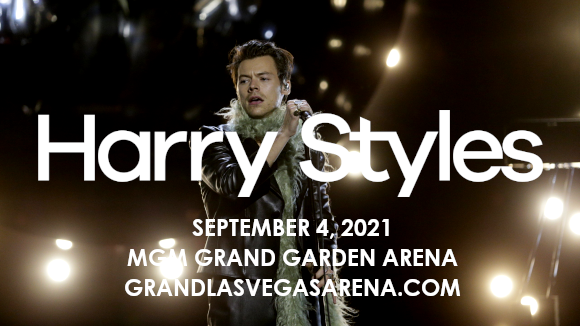 English singer, songwriter, and actor Harry Styles came to fame as part of the British boy band One Direction, who charted four number-one studio albums on the Billboard 200 and four top-five singles on the Billboard Hot 100 throughout their career. Now Styles has embarked upon a solo career, releasing his eponymous debut album in 2017, with his debut single "Sign of the Times", topping the charts in seven countries, including the UK Singles Chart, as well as peaking at number four on the Billboard Hot 100, and was named Rolling Stone’s Single of the Year. Styles' second studio album, Fine Line, was released in December 2019.