This is not a drill… Jonas Brothers are back together, and they're headed out on tour to promote their long-awaited fifth studio album! That's right, Joe, Kevin and Nick are headed to MGM Grand Garden Arena on Friday 18th October 2019 on the Happiness Begins Tour (named after the upcoming record), and they'll be playing a bunch of brand new songs, including recent hits "Cool" and "Sucker"! 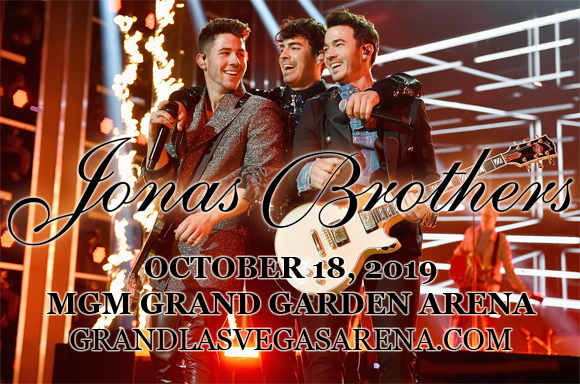 Siblings Joe, Kevin and Nick Jonas are Jonas Brothers – a pop rock trio formed in 2005. Making their debut the following year with the album It's About Time, Jonas Brothers came to public attention with their eponymous second studio album, which was released in 2007 and reached number 5 on the Billboard 200 in its first week. The trio both starred in and performed on the soundtrack of the Disney film Camp Rock and its sequel Camp Rock 2: The Final Jam (2010). The group has released four studio albums when they decided to take a hiatus from 2010 – 2011, in order to pursue individual projects. The group came together again in 2012, but only one year later they disbanded. In 2019, after six years away, Jonas Brothers reformed and their fifth studio album, Happiness Begins, will be released this June.