A young superstar on tour is headed towards this direction and creating waves of excitement in this town… all clues point to none other Niall Horan. Hear from former One Direction member himself say "Nice To Meet Ya", as he embarks on his North American Tour, which includes his highly anticipated concert over here at the MGM Grand Garden Arena on Saturday 16th May 2020. This may be one of his biggest solo tours, but he'll truly get by with a little help from his friends — Lewis Capaldi, Niall's best bud, and Fletcher. To get tickets to this hot show, don't look in any other direction, save for the one on the website that says 'buy tickets'. Start clicking to book your tickets now! 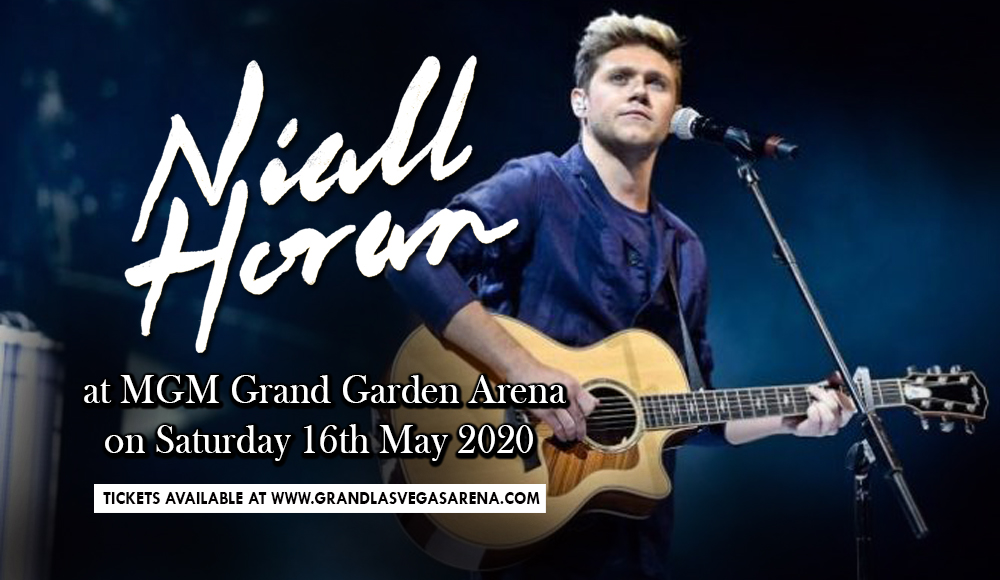 Stepping out of One Direction's stage and coming up to a stage all on his own is definitely a big step for Niall Horan. With his ever-supportive gazillion of fans from One Direction and a new set of Niall Horan fans, his star as a solo career is shining with its light. Yet going solo is apparently not something new for Horan. He started out as a solo contestant when he joined British singing competition "The X Factor" back in 2010. As One Direction went on a hiatus in 2016, Horan set out and released his first single "This Town", followed by "Slow Hands" in May 2017. Both singles hit the number one spot in 44 countries. His solo venture as an artist was further validated as he scooped up an American Music Award for New Artist of the Year in 2017, two iHeart Radio Music awards in 2018, a Radio Disney Music award as Best Male Artist in 2017 and a Choice Song at the 2017 Teen Choice Awards.

Niall Horan's solo sound leaned on the "folkier side of pop", incorporating elements of folk music as well as pop rock, soft rock, and country music. Imbibing his singer-songriter vibe, Hiall found a song-soul-mate with Lewis Capaldi. The pair have been incredibly open about their bond recently, as Capaldi's song "Someone You Loved" has risen up the charts.

Horan explained he reached out to Capaldi after hearing one of his songs online and told him, "Love your voice, think you're funny, do you want to play a show tomorrow?'" They first met up on St. Patrick's Day, got "very drunk," and then played shows the next day. "We’ve written together," Horan said, and revealed that Capaldi is "one of the very few artists" he's ever written with.

From the studio to the stage. "This is so exciting!! I’m going back on the road and this time I’m going with my best friend in the whole wide world Lewis Capaldi and the beautiful Fletcher," Horan tweeted.

As Horan says "Nice To Meet Ya", fans are responding by rushing out to get tickets. Get yours by booking tickets on this website. Hurry, this is a fast-seller!