BIG NEWS, Ozzy Osbourne fans. Metal’s greatest legend is back for the last time with his No More Tours 2 world tour with Stone Sour!! He’s coming LIVE to the MGM Grand Garden Arena on Saturday 13th October 2018!! This is it – grab your tickets for your chance to see Ozzy Ozbourne NOW while you can!! 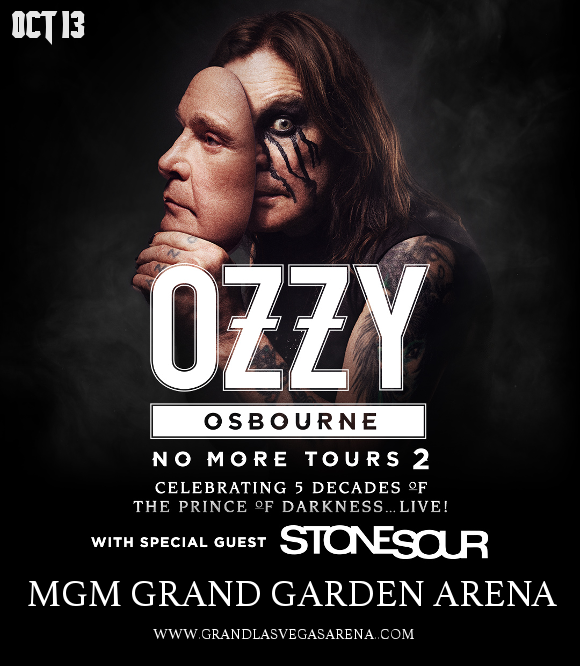 It’s finally time to call an end to the world tours, with the 69-year old singer choosing to spend the next few years with his grandchildren. However, he’s reassured fans he’s not going to stop performing live for good. "It's what I do," he said simply, when asked about further gigs following the tour – scheduled to run into 2020 – in an interview. ”It's my job. And when I say, 'It's my job,' I mean it's a passion for me. It's the greatest love affair I ever had, being in a rock band and playing for the people who come to the shows.”

Be quick about grabbing your tickets before they go!!!