Calling all fans of the worldwide superstar Shania Twain!! In 2015, she toured around the US with “Rock This World,” with what everyone thought was to be her last series of performances – but now she’s turned around and is back on the road with her upcoming album “NOW”!! Coming live to the MGM Grand Garden Arena on Saturday 4th August 2018 – get your tickets to the most hotly anticipated show of the year while they last!! 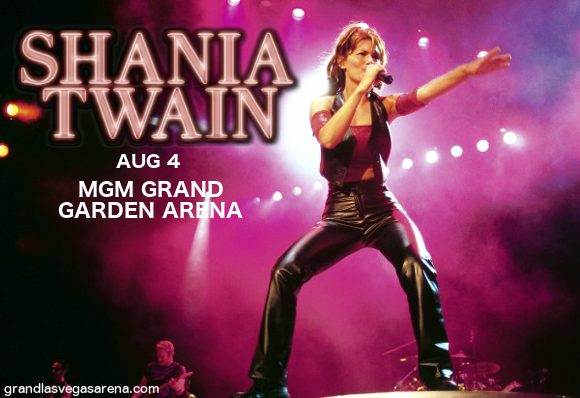 Throughout the 90s, the country pop star saw a series of smash hit albums and singles, including "You're Still the One", "Man! I Feel Like a Woman!”, and "I'm Gonna Getcha Good!" a rollercoaster of musical success that saw her win a Grammy amongst multiple other awards and recognitions including a place on the Hollywood Walk of Fame. “NOW,” marks Shania Twain’s first musical output in 15 years.
Listen to the new single “Poor Me,” from the new album below – and hurry and grab those tickets before they completely dissappear!!