Ever look at a live concert and wish you were there?! Well now you can be, tickets are NOW available for the unmissable four-piece, The Killers, performing live at the MGM Grand Garden Arena on Saturday 3rd February 2018! Here’s your chance to be in that crowd – get your tickets to see The Killers live NOW while they last!! 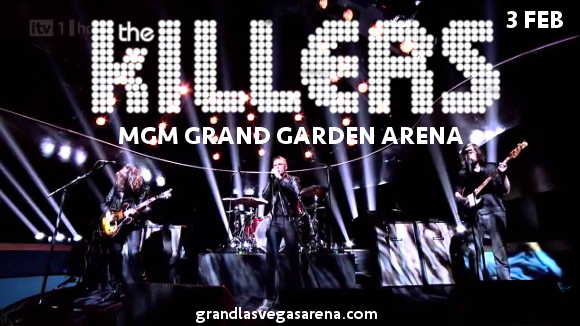 The Killers are back, with news of a brand new upcoming album, their first since 2012’s “Battle Born” “It’s sounding good,” said Ronnie Vannucci, drummer. “We have a problem with taking two steps forward and one step back, so that makes it take longer. We keep asking ourselves: ‘What does a four- piece band do? How do you keep it fresh?’ It’s a constant exercise in experimentation…We’re trying to arrive at something we’re all just a little bit uncomfortable with. When everyone is slightly uncomfortable, then we know we’re there.”