Get ready for the biggest event of the year! MGM Grand Garden Arena is playing host to three massive acts: Train, Natasha Bedingfield & O.A.R!!! It's going to be out of this world! Catch this truly unmissable show on Friday 12th May 2017 – but be speedy about getting tickets, they’re going to sell out fast! Get your tickets TODAY to guarantee your place!!! 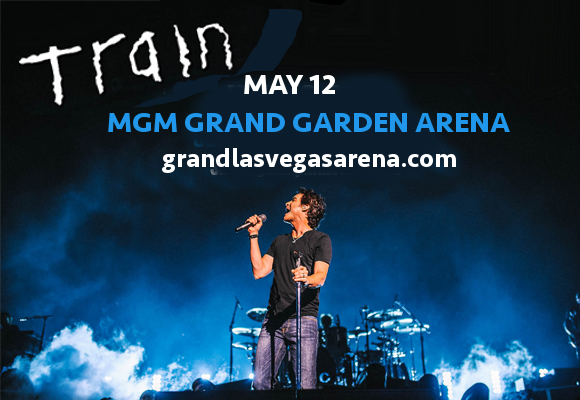 Formed in San Fransisco in 1993, Train became a worldwide sensation with their top Billboard Hot 100 hits “Hey, Soul Sister,” “Drops of Jupiter,” and “Drive By.” Their most recent single, “Play That Song,” the first from their album “A Girl, A Bottle, A Boat,” has been phenomenally successful, peaking in the Top 40 and receiving Platinum certification from ARIA and Gold from the RIAA. With almost constant airplay from radio DJ’s, just about everyone knows this song!!

Also performing is the award-winning British singer and songwriter Natasha Bedingfield. Her debut album, “Unwritten,” an up-tempo, R&B-influenced record, was a worldwide success, with over 2.3 million copies sold. The single “These Words,” was a UK number one. Her second album, “N.B,” saw similar success, with the top 10 singles "I Wanna Have Your Babies" and "Soulmate".

Last but certainly not least we have O.A.R, short for “Of A Revolution,” and consisting of band members Marc Roberge, drummer Chris Culos, guitarist Richard On, bassist Benj Gershman and saxophonist/guitarist Jerry DePizzo. With eight studio albums under their belt, the Maryville rockers are well-known for their extensive tours and incredible live performances!

What are you waiting for?? Grab your tickets to see these three incredible acts TODAY!!!